If we fall on the extended elbow, we risk first of all an injury to our wrist or shoulder. Occasionally, however, large forces of leverage or compression can also affect the elbow. This can lead not only to an injury to the bones, but also, as with the knee, to tears in the collateral ligaments and even complete dislocation of the joint. (Elbow dislocation) 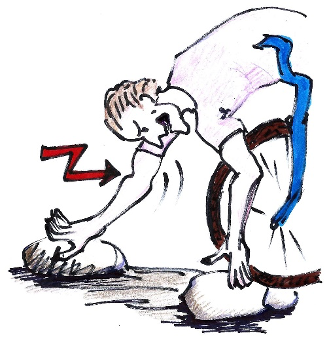 Various sports activities, but also stresses and strains in everyday life and at work, can be considerably restricted. In the long term, the development of osteoarthritis (joint wear and tear) can also accelerate.

After a thorough physical examination, x-rays and, depending on the situation, a CT (computer tomogram = layered x-ray) or MRI (magnetic resonance imaging), we can assess the severity of your injury and decide on the further procedure. 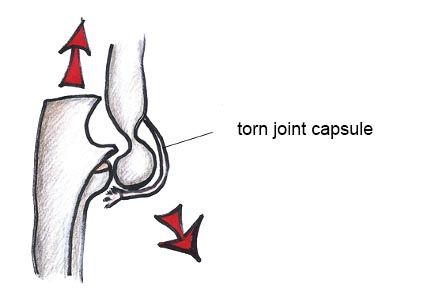 Typically, the sweeping motion and in particular the throwing motion is considerably impaired. Racket sports such as tennis and badminton can often no longer be practiced. Torn collateral ligaments can be reattached within the first weeks. In case of a longer existing instability the ligaments are scarred to such an extent that they can no longer be sewn with sufficient safety and stability. In such a circumstance we perform a so-called ligament plastic surgery.